While I’ve spoken about dryers and dryer fires before, we see these problems often enough that it bears revisiting.

The National Fire Protection Agency (NFPA) 2010 appliance safety research report cited approximately 15,500 non-commercial fires caused by clothes dryers that year; that is 4.5% of all the home fires for 2010. There was roughly equal occurrences of fire for electric as for gas dryers. The leading cause of fire, 32% of cases, was ‘failure to clean’. While that sounds like a silly thing, what it means is that the problems were not faulty equipment or electrical/wiring problems. he failures in heat venting, where the drying process was the direct cause of the fire.

There are two main causes that we’ve seen for this type of overheating: lint and bad venting. First and foremost, always clean the lint screen. On most dryers, it’s easy to find. Just pull it out and clean it between loads. That reduces the vast majority of lint problems. When the lint catch isn’t cleaned, the extra lint has to go somewhere. While some of it does stick to your clothes, the rest finds its way into the vent pipes. In a more-perfect world, that lint would just vent out of your house. However, this is where the second cause comes into play.

Dryer manufacturers and most municipalities require metal vent ducts, not flexible vinyl. Moreover, the metal ducts should have as little flexible metal as possible and as bends as possible, routing outside with the shortest distance possible. Every crevice in the flexible vents and every bend in the rigid vents is a place to catch lint; a longer duct line means more catch spots. When the lint catches, the static charge causes it to start collecting more passing lint, until the vent blocks, partially or fully. Hot air is also venting out, so that lint just keeps getting warmer and warmer. At some point, the hot lint gets a spark from the static buildup, and *poof*, dryer fire. With the vinyl ducts, that fire melts through the vinyl in seconds, and now the interior of the house is on fire. With the metal ducts, they’re unlikely to melt, but they get more than hot enough to ignite anything they’re in contact with, be that walls, studs, subflooring, etc.

If you think your vents might be dirty, contact a chimney sweep. While not all do, many also clean and maintain dryer exhausts. It seems like just a little thing, but a 4.5% lower chance of house fire because you clean your lint trap and get the ducts cleaned seems well worth the effort. 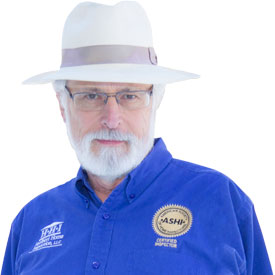