Your Attic Is Not A Zoo

Almost all homes have some attic space.  Despite how it’s generally used, it is often not intended for storage.  It is meant as a place to house the insulation that separates the living space from the outside.  As such, it needs to be well ventilated, often with vents at the lower soffit (the bit of the roof that overhangs the walls) and at the top ridge of the roof.

Many homeowners never look in their attics, especially if they are not using it for storage.  However, you really should be checking it at least once a year; we recommend at least twice, once in the summer and once in the winter (if you’re storing things up there, Christmas is a good time for the winter check), to make sure that the temperatures aren’t getting too extreme.  And when you check, be looking for visitors.  They are one of the biggest, and potentially most expensive, problems.  Usually, these are birds or rodents.  Since your attic is out of the wind and generally well-protected, given the option, pests will nest.  This ends up with straw, leaves, and nest-building debris in the attic, as well as feces and other bio-hazardous waste. 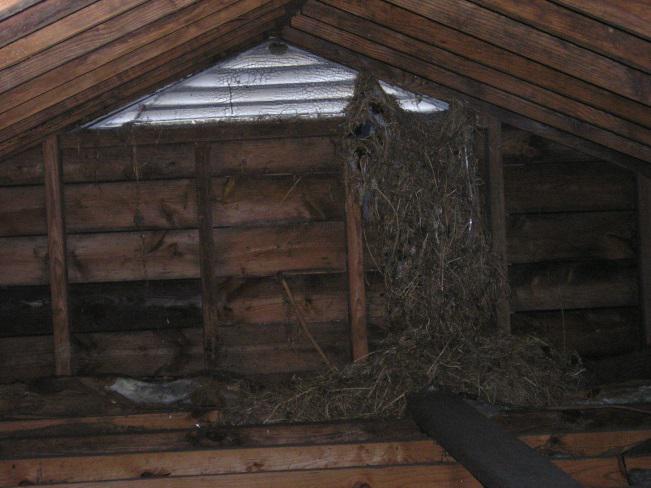 The screen on the gable vent (at the top) is torn, allowing the birds in. 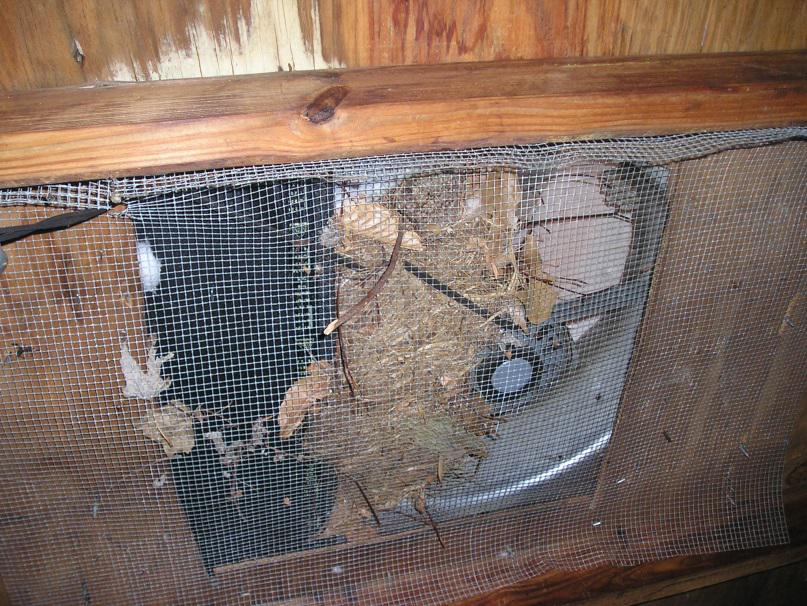 The birds used this inoperable fan as a nesting place.  If it weren’t inoperable before (if it were just off and on a temperature switch, so wasn’t running, perhaps in the early spring or late fall), there is so much junk in it now that, if it were to switch on, it couldn’t move and the motor would burn out.  Worst case, the motor sparks, and is surrounded by bird-nest-kindling.

The nests should be removed and the attic cleaned out to get rid of any waste, since that could be a heath hazard.  The real trick is finding the access points that are being used, and sealing them.  It doesn’t take a large hole to let animals in and out.  We’ll discuss squirrels in particular next time.  But… 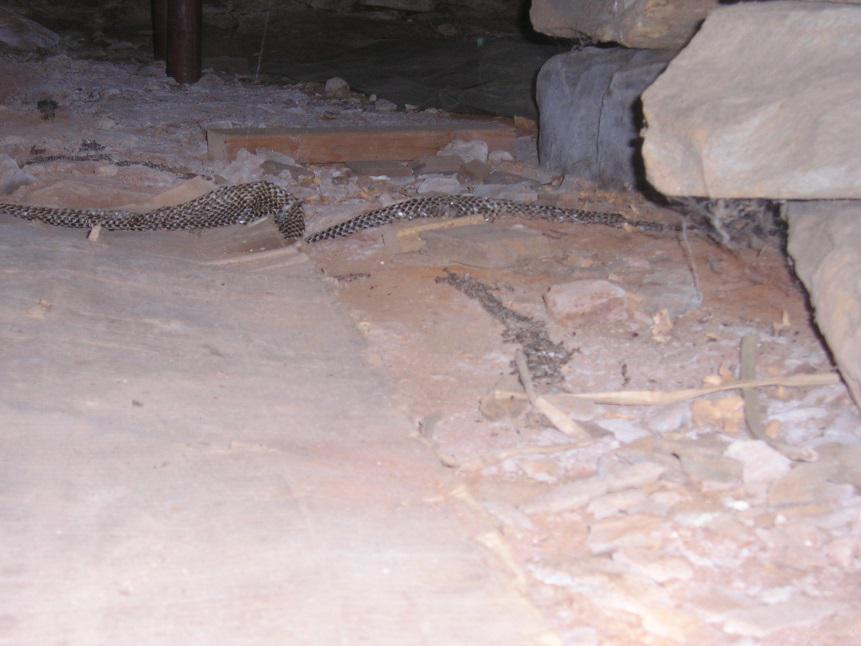 On rare occasions, snakes can get into your attic, too.  Overhanging trees and small access holes can let the snakes follow the other animals in.  Fortunately, I’ve only ever found shed skins…